This weekend started on Friday with a 50th anniversary vow renewal at the Alpenglow Stube in Keystone, a Beaver Creek Deck ceremony,followed by picnic Music at Highlands Ranch Mansion.Saturday has wedding celebrations at the Meadows of Marshdale and Crooked Willow Farms, Sunday will have our musicians at the Larkspur Restaurant in Vail, the Garden of the Gods Club in Colorado Springs, and and intimate wedding at Retreat at Solterra. But wait, there is more! Monday has our musicians traveling to Granby Ranch(Formerly SolVista Golf & Ski Ranch) for a whole set of events. Whew, and you thought you were busy!

Guitarist Jonathan Barlow is inspired by the music he hears in everyday life. Instead of arranging his compositions for an orchestra, he uses sounds of household objects to fulfill the roles of traditional instruments and often alters the tone of his guitar by playing the instrument in combination with bobby pins, wine glasses, and even his daughter’s toys. Listeners may also notice the sounds of pages turning, hitting cushions, whistling, lap drumming, humming and striking the guitar. This music is ambient and melodic with classical undertones balanced by simple forms and inviting sonorities

A review from a professional Event planner made my heart sing! Ashley hired a classical guitarist for her mother’s birthday party. We surprised her by sending 2! Here are her comments:
“Thank you SO much for everything! It was absolutely perfect and wonderful! I was not expecting to have 2 guitarists and it was so great!! My whole family was so impressed by them and how beautifully they play. My husband was super impressed as well and said they were the best he has ever heard. It was awesome to be able to have them at my own personal event, since I already knew how wonderful they were when I used them for weddings at Revel and Bloom! The music was fabulous and everything was spot on. It was so fun to see them again!”
Warmly,
Ashley L.

Jonathan Barlow is proud to now be a composer with Marmoset Music! Marmoset is a music production house and licensing agency based in Portland, Oregon. They make original music for advertising, interactive, television, and film. With 18 staff members, a team of interns, 6500 square foot office, and $2 million in placements last year with clients like Nike, American Express, and Coca-Cola. They are amazing advocates for indie musicians! Listen to some of Jonathan’s music here with more tracks coming soon : 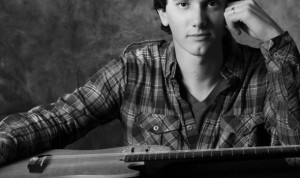 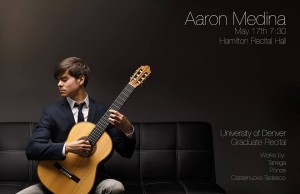 Jonathan’s arrangement of Robert Schumann’s Dichterliebe Op. 48 for voice and 2 guitars was performed in its entirety at the Conservatorio Universidad Mayor in Santiago Chile on November 21st 2013. Matias Carrasco (tenor), Alonso Sanchez (guitar), and Felipe Vidal F. (guitar) gave a marvelous performance which can be seen here (1st half):Performance of Masterful arrangement by Jonathan Barlow  and here (second half): http://youtu.be/rG-m8BkU5dU

Winter wedding are bliss for Masterful Musicians. Intimate solo cello music, savory classical guitar duets and string ensembles are doing their part to add festive music to these ceremonies and cocktail hours. Our Brides have customized the song selections and arrangements to best fulfill the uniqueness of their celebrations. Congratulations to our first 4 couples of 2014! •*♪♪ Happy New Year ♪♪*•

Masterful Musicians has so much fun playing for your corporate and private Holiday Parties. From A’capella ensembles to full dance bands, we are here to make you event spectacular. This week’s events include a duet of classical guitars, a jazz harpist, 2 jazz trios and a Gatsby Style piano performance. You can hear us by special invitation at the Denver Botanic Gardens, The Grant Humphreys Mansion and the Denver Marriott DTC. Public or Private, we will design music to compliment your ideas!